Against the backdrop of rising debt levels in low-income countries, exacerbated by the COVID-19 pandemic, this talk will highlight the ongoing efforts to strengthen countries’ capacity to manage debt vulnerabilities and mitigate fiscal risks. 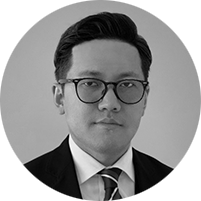 Mr. Sonor's division is responsible for formulating sectoral policies of the capital market, insurance, banking, NBFI and SCC. He also handles the AML/CFT related issues, sovereign credit rating, external funding of the Government and worked on negotiations of the IMF supported "Extended Fund Facility" program. Since joining the Ministry, he executed number of bond issuances and liability management exercises on the international debt capital market and won the "Borrower of the Year" award from FinanceAsia and "Best Sovereign Deal" award from the Asset Triple-A. 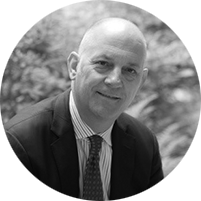 Roger Nord is a national of the Netherlands. Currently Deputy Director of the IMF’s Institute for Capacity Development, he oversees the IMF’s global partnerships. Since May 2018, he also co-chairs the joint World Bank-IMF Debt Management Facility. Previously, he was Deputy Director of the IMF’s African Department, responsible for country operations in East Africa and francophone West Africa and oversight over the IMF’s network of resident representatives in sub-Saharan Africa. He also led the work on debt and public finance issues in Africa, and was responsible for the IMF’s relations with China regarding Africa. Among his publications, he co-authored A Rebalancing Act for China and Africa: The Effects of China’s Rebalancing on Sub-Saharan Africa’s Trade and Growth (2017) with Wenjie Chen, and was the lead author of Tanzania – The Story of an African Transition (2009). Before joining the African Department, he was advisor to IMF Managing Director Horst Köhler and the IMF’s regional representative in Central Europe. He is a graduate of the University of St. Gallen, Switzerland, and of the University of Chicago. 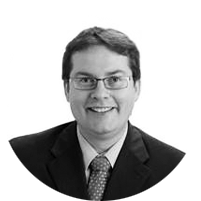 Peter Breuer, Chief of the Debt Capital Markets Division of the IMF's Monetary and Capital Markets Department (MCM), oversees a team analyzing sovereign debt risks and providing advice on sovereign debt management and the development of local capital markets. As Deputy Chief in the Global Markets Analysis Division, he previously jointly managed a team that analyzes risks to global financial stability and helps ensure that the Fund takes consistent and well-informed views about financial risks and policies. He also led or co-led the Financial Sector Stability Assessments for the United States of America, Luxembourg, and Finland. Peter headed the IMF’s office in Ireland as Resident Representative during the EU-IMF program in 2011-14. In previous roles, he worked in the IMF’s Asia-Pacific, European, International Capital Markets, Strategy and Policy Review, and Research Departments. Policy areas he has covered include capital markets and financial stability, as well as debt sustainability and restructuring issues. Previous country responsibilities include Argentina, Bulgaria, Finland, Hong Kong, Ireland, Luxembourg, Pakistan, Paraguay, Peru, Uganda, United Arab Emirates and Uruguay. Peter holds a Ph.D. and M.A. from Brown University, a M.Sc. from the London School of Economics, and a B.A. from Vassar College. 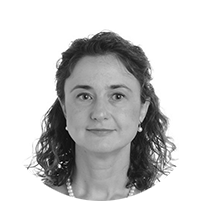 Oana Croitoru is a Deputy Division Chief in the IMF's Institute for Capacity Development (ICD), where she leads the Fund’s online learning program. She has joined the IMF’s Monetary and Capital Markets Department in 2010, at the height of the global financial crisis, when she worked on crisis management and provided substantial technical assistance and training to member countries. She joined ICD in 2017, when she had important contributions to the 2018 Capacity Development Strategy Review for the IMF. Prior to joining the IMF, Ms. Croitoru served as the Advisor to the First Deputy Governor of National Bank of Romania and member in the Supervisory Committee, with responsibilities in coordinating the Supervision and Regulation Departments. She had previously worked at the World Bank and at the Institute of International Finance in Washington DC. She has a Ph.D. in Economics from the Academy of Economic Studies in Bucharest and a post graduate degree in International Finance from the George Washington University. 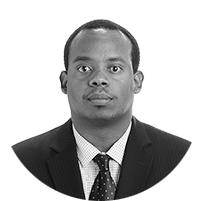 Clement Ncuti joined the IMF in 2016 as an economist in the Government Finance division of the Statistics department. Prior to joining the IMF, he worked for the Collaborative Africa Budget Reform Initiative (CABRI), leading the institutional capabilities program and before that worked for 8 years with the Ministry of Finance of Rwanda on public finance management, budgeting, macro-fiscal policy, government finance statistics (GFS), public debt and regional integration issues, and as a short term expert for the IMF on macro-fiscal issues and GFS in Malawi, Uganda, and Rwanda. 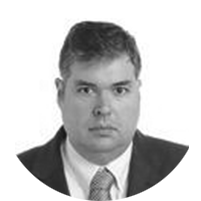 Marcos Chamon is a Deputy Division Chief in the Debt Policy Division of the Strategy and Policy Review Department of the International Monetary Fund. He was previously a Deputy Division Chief in the Research and in the Western Hemisphere Departments, where he was also the mission chief for Guyana. He has worked on a wide range of topics related to international finance, including problems related to sovereign debt restructuring, debt composition and liability denomination, currency mismatches, the international financial architecture, early warning models for assessing vulnerabilities in emerging markets and advanced economies, consumption and savings, the design of capital controls and macro prudential policies, and monetary policy and foreign exchange intervention in emerging markets. He was a visiting professor at PUC-Rio in the Fall of 2007. Prior to joining the IMF, he obtained his Ph.D. in Economics from Harvard University in 2003.

Amanda Sayegh is a senior economist in the Public Financial Management Division of the IMF's Fiscal Affairs Department. She has worked on PFM capacity development across a range of countries in Europe, the Middle East and Central Asia, and Africa, with a focus on strengthening budget preparation, fiscal reporting and transparency, and fiscal risk management. Prior to joining the Fund, Amanda was an economist and budget analyst at the Australian Department of the Treasury, where she spent more than a decade working on PFM issues including medium-term fiscal frameworks, budget preparation, and balance sheet management. Between 2007 and 2011, Ms. Sayegh was the principle economic and budget advisor and Deputy Chief of Staff to the Australian Deputy Prime Minister and Treasurer. She is a co-author of the IMF’s Fiscal Transparency Handbook published in 2018 and the IMF staff paper on Analyzing and Managing Fiscal Risks – Best practices, published in 2016.