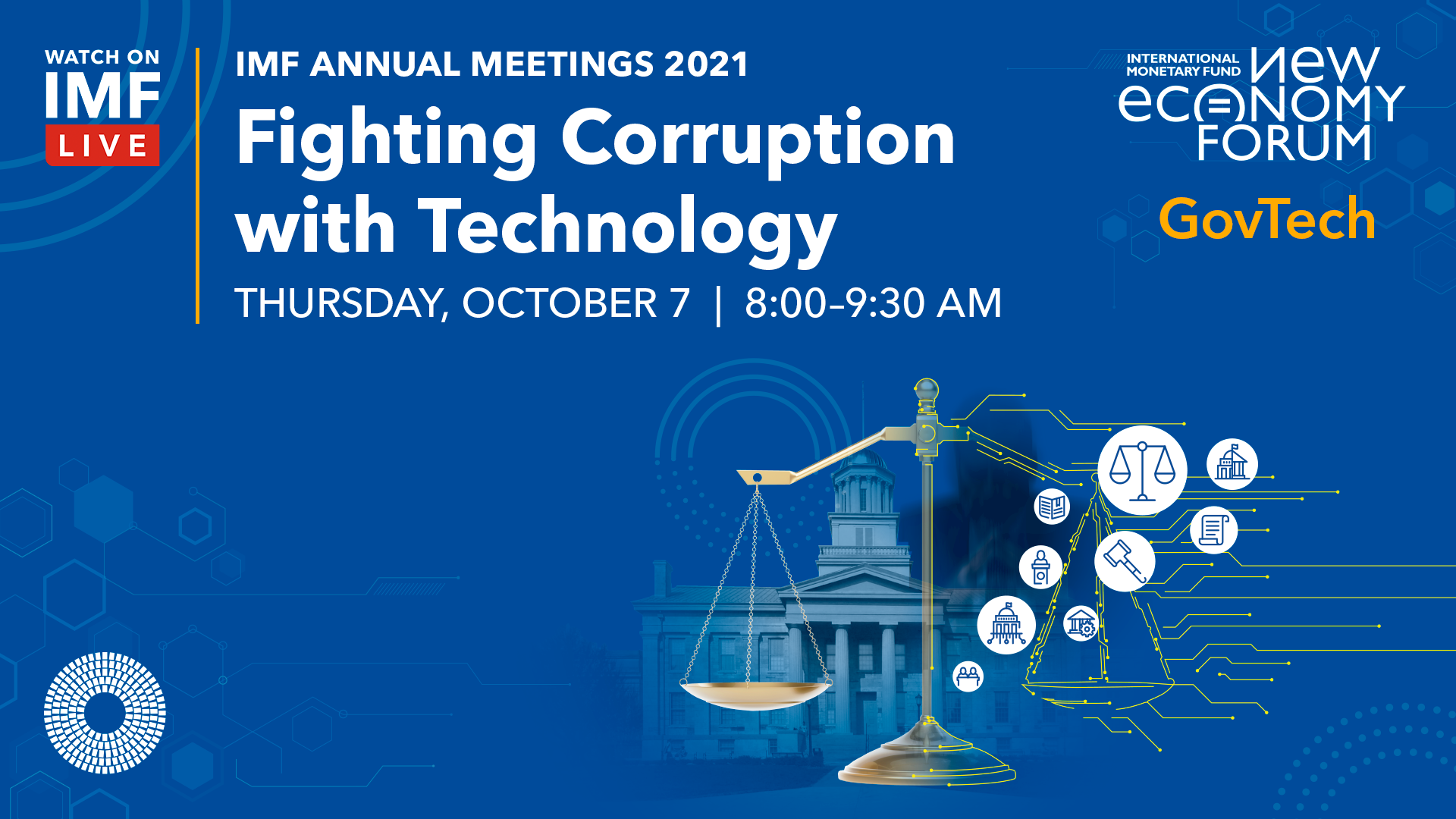 Technology has emerged as a vital ally for fighting corruption and enhancing governance, transparency, and accountability. The COVID-19 pandemic has solidified the mutually reinforcing relationship between technology and anti-corruption measures, and evidenced the need to accelerate reforms. The panel will discuss how technology, such as big data, data mining, blockchain, and other digital innovations, can help improve governance and fight corruption, and the preconditions for success. To illustrate with concrete examples, the four winners of the IMF Anti-Corruption Challenge will present practical technological solutions to fight corruption.

Gerard Ryle is the Pulitzer Prize-winning director of the non-profit International Consortium of Investigative Journalists (ICIJ) in Washington, DC. The ICIJ has been popularly described as many things. It has been called “Justice League” and a “Weapon of Mass Transparency”. It directs giant armies of investigative reporters at the biggest issues we face today - inequality, corruption, the environment, medical safety, food security, to name a few.

Gerard led the worldwide teams of journalists that revealed the Panama Papers and Paradise Papers investigations, the biggest in journalism history.

These reports about secretive offshore tax havens used by the rich and powerful triggered a global firestorm of media, political and grassroots reaction. Public protests led to the resignations of three world leaders, to multiple arrests, sweeping legal reform, and official inquiries in more than 50 countries.

The numbers behind the Panama Papers and the Paradise Papers investigation were massive: In all, 4 terabytes of leaked data, 24.9 million files, 514,000 offshore companies, almost 40 years of records, investigated over the course of two years by two separate teams of more than 380 journalists from nearly 80 countries in 30 languages.

Gerard has been credited with revolutionizing the way investigative journalism is done today, convincing more than 150 of the world’s biggest and smallest media companies to join forces to work together on global stories.

Under his leadership over the past ten years, ICIJ has gone from obscurity to one of the best-known journalism brands in the world. Its projects have been honored repeatedly at the world’s most prestigious journalism awards.

ICIJ was also recently nominated for the 2021 Nobel Peace Prize.

Chris Nelson leads Microsoft’s compliance analytics program (CAP) for the legal department. CAP leverages statistical insights and machine learning to monitor emergent risks, detect misconduct, and improve compliance outcomes for the company. Chris is also a core member of Microsoft’s Anti-Corruption Technology & Solutions (ACTS) program, a ten-year effort to “bend the curve” of corruption by delivering expertise and anticorruption technology to governments. Prior to focusing on compliance analytics and anticorruption, Chris was a competition lawyer at Microsoft (and before that as outside counsel to Microsoft), focusing on channel and partner-related antitrust issues, and global investigations and regulatory engagement. Chris lives in Seattle with his family.

Tobin (Toby) Bradley assumed his duties as Deputy Assistant Secretary in the Bureau of International Narcotics and Law Enforcement Affairs (INL) at U.S. Department of State, in July 2020.  In this role he oversees INL’s Africa and Middle East (AME) office and Knowledge Management (KM) office.  Previously, he served as Senior Advisor for Innovation in the INL Front Office, overseeing a reorganization of the bureau.  He also served as Director of INL at the U.S. Embassy in Mexico City and INL Deputy Director for Policy and Program Development in Mexico City. From February to August 2015, he served as the Consul General in Matamoros, Mexico.

Prior assignments include Political Counselor at the U.S. Embassy in London; Director for NATO and Western Europe at the White House National Security Council; Special Assistant for Near Eastern and South Asian Affairs to the Under Secretary for Political Affairs; and rotations at the U.S. Missions in Amman, USNATO, and the State Department Operations Center. From 2003-2004, Tobin served as the Political Advisor for the Dhi Qar Province in Nasiriyah, Iraq. Tobin earned the National Service to America Medal for International Affairs for his contributions in establishing a new electoral system in Iraq. Before joining the Foreign Service, Tobin worked at the World Bank Headquarters in Washington, D.C., studied in Cameroon, and worked as a Senate staffer on Capitol Hill. Tobin was born and raised in the San Francisco Bay Area.

Rosmarie Schlup is head of the Macroeconomic Support Division at the Swiss State Secretariat for Economic Affairs (SECO) since November 2016. She has previously worked as Senior Technical Assistance Officer at the International Monetary Fund’s Institute for Capacity Development and SECO’s Macroeconomic Support Division as Deputy Head. Prior to joining the division she was Deputy Head of SECO’s Export and Location Promotion Division, and served as Head of Delegation to the Paris Club. Before joining SECO, she worked as policy advisor for the Swiss government. She holds a MSc in International Political Economy from the London School of Economics and Political Science and a MA in International Relations from the Graduate Institute of International Studies in Geneva.

New Technology has emerged as a vital ally for fighting corruption, enhancing the reliability of public services, and limiting rent-seeking opportunities. This panel discussed how technology can help improve governance, transparency, and accountability. The four winners of the IMF Anti-Corruption Challenge presented their technological solutions to fight corruption.

“… it is urgent to ensure that new technologies are used for the source of good rather than the source of harm.” Rhoda Weeks-Brown