Somalia: Mobile Money in a Fragile State: Implications for Financial Stability and Development 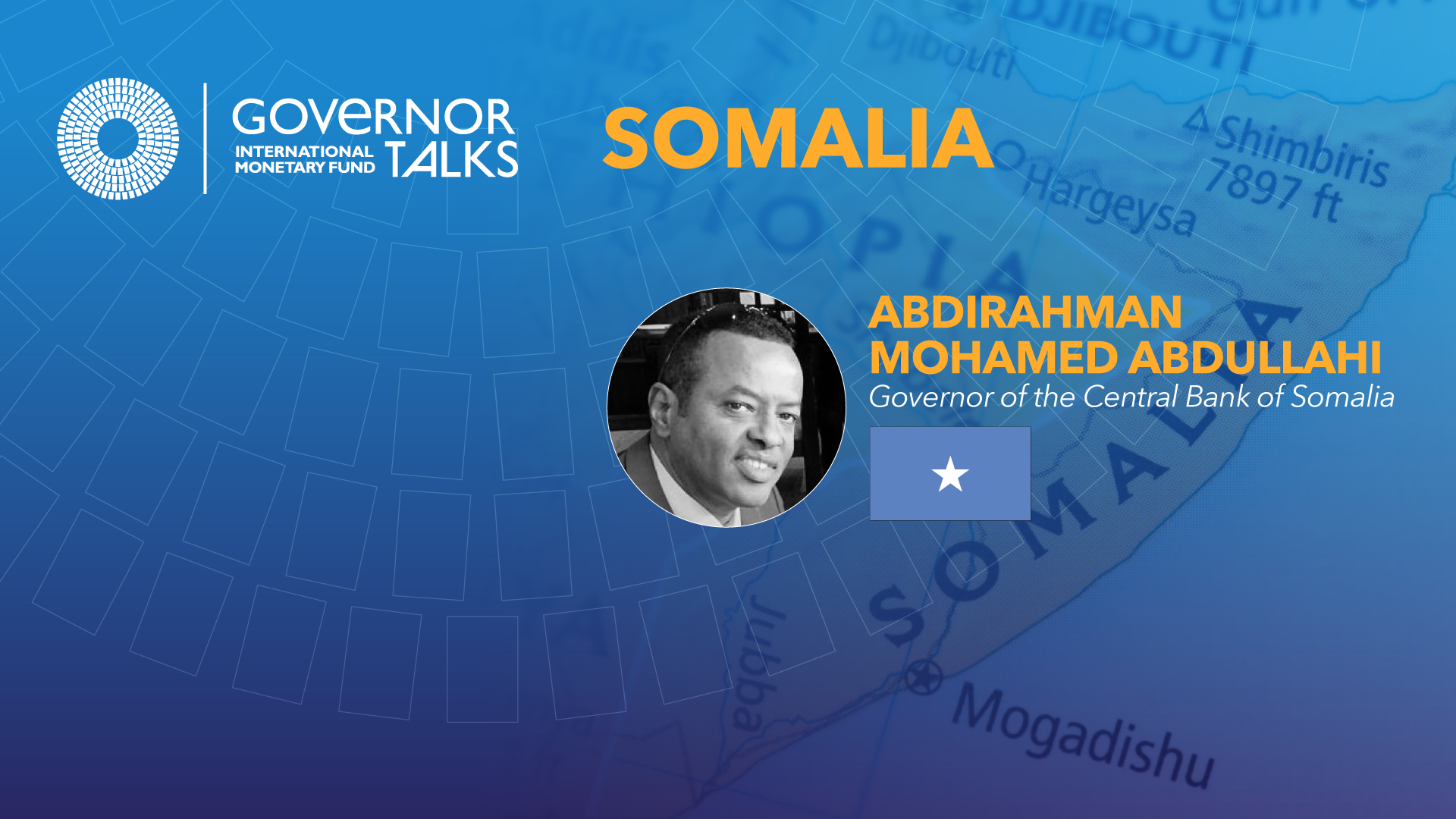 Abdi Mohamed Abdullahi is the Governor of the Central Bank of Somalia (CBS). He has over 20 years of professional experience in the aspects of Financial Management. He started his career working with the Government of Somalia in 1986, but he worked most part of his adult life with Government of Norway and the Private sector. Mr. Abdullahi’s compassion for aid and development issues has taken him to work in a number of charity organizations.

Prior to his current role as Governor of CBS, Abdi has worked as Senior Economic Policy Advisor for the Office of the Prime Minister in Somalia, where he contributed significant policy reforms in the areas of Public Financial Management. He holds Master’s degree in Finance and International Banking (MSc) from Liverpool John Moores University (JMU) in U.K and Bachelor's degree in Business Administration from Norwegian University of Technology and Science (NTNU). He was appointed as a Governor of CBS in April 2019.

Mr. Azour served as Lebanon’s Finance Minister in 2005-08, during which time he coordinated the implementation of important reforms, including modernizing the country’s tax and customs systems. Before and since his time as finance minister, he held a wide range of positions in the private sector, including McKinsey and Booz and Co. where he was a Vice-President and Senior Executive Advisor. Prior to joining the IMF in March 2017, he was a Managing Partner at investment firm Inventis Partners.

Mr. Azour holds a PhD in International Finance and a post-graduate degree in International Economics and Finance, both from the Institut d'Etudes Politiques de Paris. He also did research on emerging economies and their integration into the global economy as a post-doctoral fellow at Harvard. Mr. Azour has published several books and articles on economic and financial issues and taught extensively.